“Everybody that calls is somebody.” This philosophy has two meanings for Jason and Mike of Mike’s Sewer Service in Monroe, MI. First, that’s the way they believe their customers should be treated. Like everyone who calls is somebody that they know and want to do the best job for. Second, every customer who calls is someone who Mike and Jason actually know, because they have been a part of the community for so long. 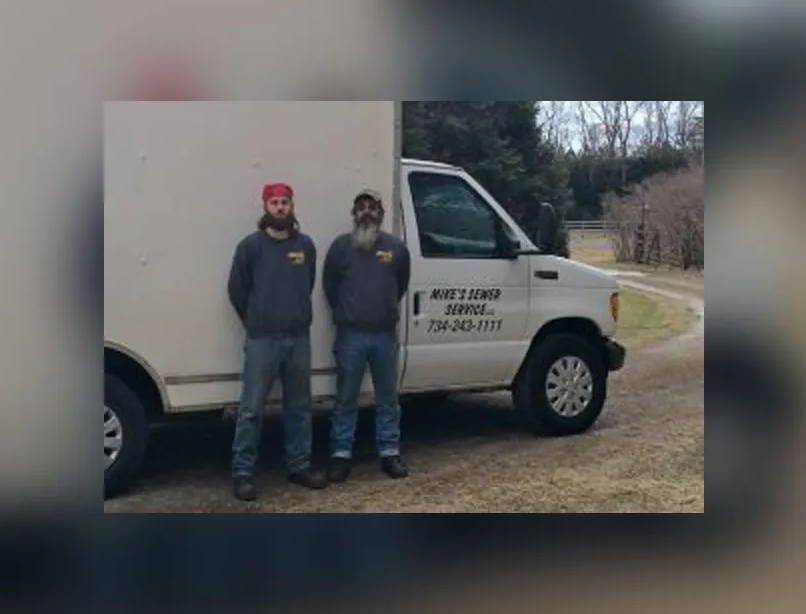 Spartan Tool takes pride in the many businesses with whom we’ve had the pleasure of working since we opened our doors in 1943. We are honored to support plumbers and drain cleaners with our finely-crafted, professional grade equipment.

Join us every month as we highlight customers who have become part of our Spartan Tool family in our Pro of the Month Series.

“Everybody that calls is somebody.”

This philosophy has two meanings for Jason and Mike of Mike’s Sewer Service in Monroe, MI.

First, that’s the way they believe their customers should be treated. Like everyone who calls is somebody that they know and want to do the best job for. Second, every customer who calls is someone who Mike and Jason actually know, because they have been a part of the community for so long.

Mike Schultz started Mike’s Sewer Service in 1984. Mike’s father was going to do drain cleaning as a hobby after retirement, but Mike saw the potential to make a living doing drain cleaning. Mike bought used machines and a truck 33 years ago, and built the business into what it is today.

Since Mike’s son, Jason, was old enough to ride in the truck, he has been going on calls with his dad. He worked along side his dad as he grew up and then started full time when he finished school. Then last May, Jason took over the business from his dad.

Mike’s has always been a 1 truck, family business serving Monroe, MI. They are committed to serving the Monroe community the best they can. They don’t take jobs outside of the area because they are committed to being available for their local customers. Also, most of their customers are people they grew up with; if they don’t do a good job, the whole town will know about it! But that isn’t something Jason has to worry about – everyone knows him and knows they can trust him. These are people Jason went to school with, or adults he looked up to when he was young. In fact, between Jason and his dad, they have been serving some of these customers longer than the customer has been married! 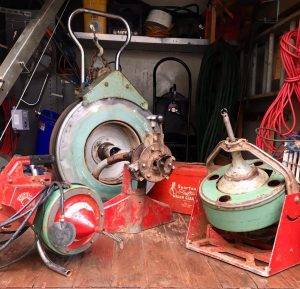 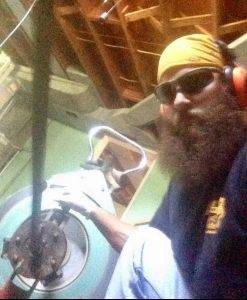 Mostly, Jason enjoys the job because it is a lot of fun. He knows he is providing his community with a valued service, and he doesn’t have to punch a time clock or do what someone else says – he can just clean drains and be the best at it. Jason knows that this gives him a niche in their area. Jason isn’t going to try to sell a customer services he/she doesn’t need, or tell a customer that he has to dig up their yard – he doesn’t even have an excavator! He knows that customers are used to seeing him and/or his dad all the time, and if someone new came in to do a job, the customer would ask “Where is Mike? Where is Jason?” Jason doesn’t want the customer to feel that unease, and he knows that by doing the job himself he can assure that it is done correctly, the first time. In fact, Jason knows the drains of most people in Monroe better than the homeowners themselves!

Mike’s Sewer and Drain Cleaning is more than just a father and son business – the whole family takes part! For many years, Jason’s mom answered the phone, scheduled visits, and did more of the business end of things. Now Jason’s wife has largely taken on those tasks – Jason’s mom and dad prefer to spend their time with their 8 grandchildren these days.

Why do Mike and Jason continue to use Spartan machines after all these years? “Spartans are tough. We have a Model 1065 that was built in 1965 that is still going! One time Jason encountered a private drain that had a broken cap and kids had stuffed sticks down the drain. As Jason was working on the clog, he kept dragging back long sticks. Jason says he was grateful for the power feed on his Model 1065 when running the cable to and from the clog. “You just have to let the machine do the work and pull itself through the problem.”

Jason and his dad have some interesting stories from so many years of sewer & drain cleaning. “My dad once got a gopher out of a drain, and it took off running across the field!” They received a call about a blocked drain caused by a cat that had fallen down the cleanout. In a moment of ingenuity, they lowered a bed sheet down the drain, and the cat was able to climb up the sheet and out of the drain. That was one of the more low-tech jobs they’ve seen. Some things are just beyond explanation; they were called to a site of new construction that was encountering a clogged pipe. Jason and his dad figured out that someone had stored a smaller pipe inside the drain pipe, and had not removed the smaller pipe before installing the drain line! That was one of the tougher jobs they have faced, but they did get the drain open!

When asked what he would say to people wanting to enter the sewer & drain cleaning business? “As long as the machine is spinning, you’re not stuck. Let the machine do the work.” And perhaps most importantly, “Do the best work you can and [the customers] will trust you.” 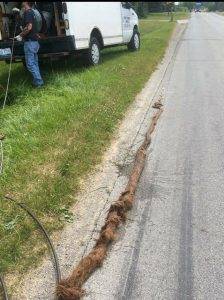 Thank you for your hard work and top-notch service to your community Jason. We are very proud to have you and your dad as loyal customers for over 3 decades!